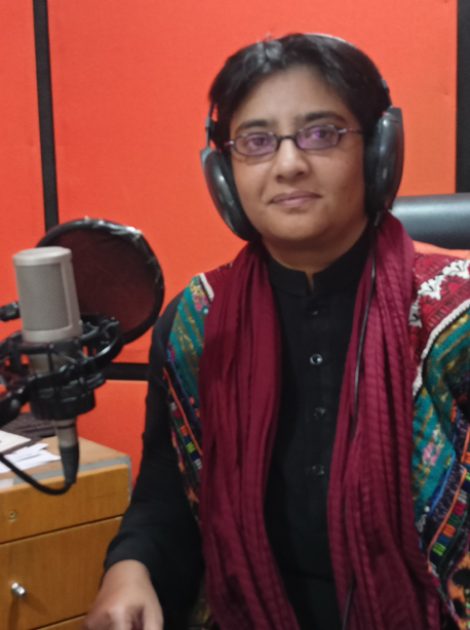 Nomita Gul is a Broadcast Journalist, working with Electronic Media for the last 16 years. She started her career with “106.2 Just Music” as RJ/Producer, worked with KTN NEWS as News Anchor/Reporter from 2008 to 2012. Then she switched to ARY NEWS and worked as a Bureau Reporter and also worked with PTV NEWS as producer. She was a Sindhi voice over artist at BOL TV NETWORK as well, currently working with KTN NEWS as content writer and also as a host.